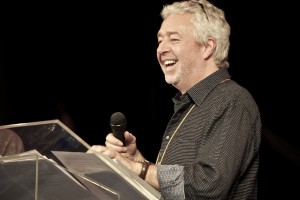 Andy was part of the worship leading team at Holy Trinity Brompton in London from 1993 to 2006. During that time he accompanied Bishop Sandy Millar and Rev. Nicky Gumbel to many Alpha conferences around the world and across the USA. As well as writing and recording many of the songs used on Alpha and at HTB he has also produced records for Delirious, Matt Redman, Rita Springer, Soul Survivor and Graham Kendrick. Previously he spent many years touring and recording as lead singer and songwriter with a professional rock band, ‘After The Fire’, who had a number 5 hit single in the USA in 1983 with ‘Der Kommissar’. They also toured with Queen, ELO and Van Halen. Before that Andy spent 3 years as one half of a musical duo working as full-time evangelists around the UK. He is married to Judy and they have three daughters, Ellen, Holly and Laura.

Be the first to start the conversation.

This site uses Akismet to reduce spam. Learn how your comment data is processed.